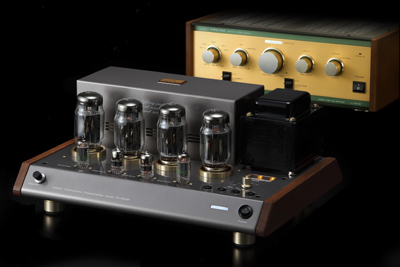 If "Leben" product is: (1)Directly imported by you from another country, (2)Purchased directly from a dealer OVERSEAS, (3)Acquired by you from an UNAUTHORIZED DEALER, (4)Considered gray market product and no Warranty Card accompanied, All Product Warranties by Leben are NULL and VOID. In addition, Leben will not supply parts and/or service for any "Leben" product without proof of purchase from a Leben Authorized Dealer.

Leben was demonstrated at Hi-Fi Show 2011 at Malmo, Sweden http://www.hififorum.nu/forum/topic.asp?TOPIC_ID=85455

CS-600 was awarded by USA authentic hi-fi magazine "Stereophile" at the highest rating of "A"
in the integrated amplifier section.

A new preamplifiers RS-100 and RS-100U were released for overseas market.

RS-28CX(Preamplifier) and CS-660P(Power Amplifier) were selected by 6-moons/USA as the best amp of 2008 in each category.

We are going to replace GE 12AT7 used in RS-28CX and RS-30EQ gradually by newly found 12AT7 made by "RFT"(Germany) which creates better performance than GE's.

RS-28CX(Preamplifier) was selected by a Polish authentic hi-fi magazine " HighFidelity" as the "Best product 2008" in Amplifier category.

A power amplifier CS-250 has been exhausted and no more productions are available.

CS-300X(Limited) has been discontinued for the lack of Mullard EL84 tube. CS-300X(S) type will be continued with Sovtek EL84

The price of CS-600 and RS-28CX was revised according to rise of the cost of materials.

The price of CS-300 was revised according to rise of the cost of materials.